Blog - Latest News
You are here: Home / AccuTherm Heaters / What is a Thermocouple? 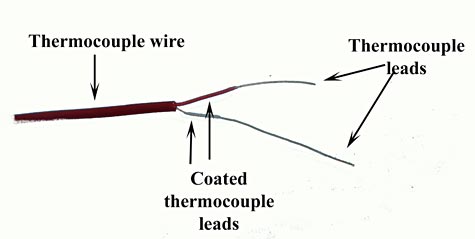 A thermocouple is a sensor that measures temperature.  Well that was simple.  But let’s look at what it does and how it works.

We’ve established that is a sensor used to measure temperature.  It has two wires that are welded at the end and made from different metals.  This is where the temperature is measured and when there is a change it will create a voltage.  The voltage is then calculated in a temperature.  It is a pair (couple) of metal wires joined together (coupled) to measure heat (“Thermos” in Greek), thus creating thermocouple!!!

There are different types of thermocouples and each will have their own characteristics that coincide with temperature range, durability, vibration resistance, chemical resistance, and application usage.  The common types are the “Base Metal”, Type J, K, T, and E. The “Noble Metal” will consist of Type R, S, and B and will be used in high temperature applications.

These sensors are applied in different industrial, scientific, and OEM applications, and even in everyday appliances like stoves, furnaces, and toaster.  Since their low cost, high temperature limits, wide temperature ranges, and durability, it makes an idea selection for many heating systems.

Why use a Thermocouple?

Thermocouples have the most feasible temperature ranges, from cryogenics to even jet-engine exhaust!  Depending on the metal used in the wire legs, it is able to measure a temperature range from -328°F to 4532°F.  These devices are extremely durable to withstand shock and vibration.  It is sufficient to be employed in hazardous environments.  Since thermocouples do not need excitation power, they will not self heat, making them a safe tool.    Due it is compact and small size, they have an fast response to rapid temperature changes as quick as few hundred milliseconds.  It will help regulate in temperature to ensure desired temperature and prevent overheating of the medium.

How does it work?

Seebeck Effect or thermoelectric effect, is the temperature difference between two dissimilar electrical conductors or semiconductors that produces a voltage difference between two material.  To give a quick example, if you were to stick an iron bar into a fire, you will feel the heat.  While the heat is traveling up, electricity is too.  Thomas Seebeck coined the concept that if two ends of metal were different temperatures, an electric current will flow through it.  He also discovered, if two ends of metal were connected together there were no electric currents and the current did not flow if the ends were at the same temperature. 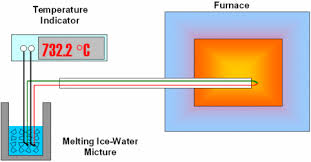 Beaded Wire Thermocouple:  the simplest form that consists of two pieces of thermocouple wire joined together with a welded bead.  The bead is exposed and should not be used with liquids that could corrode or oxidize the alloy.  This is a good choice to measure gas temperature.

Thermocouple Probe: consists of thermocouple wire housed inside a metallic tube with wall of sheath.  Commonly used for extreme high temperatures.  There are three different types of thermocouple probe; grounded, ungrounded, and exposed.  The grounded tip is contact with sheath wall and provides fast response time.  Ungrounded, is separated from sheath wall of insulation.  Exposed are best suited for air measurement.

Surface Probe: measures the temperature of solid surface.  It is made of pliable metals, and can be formed into a flat and thin to provide maximum contact with a solid surface.  Great choice for surface measurements.

The Importance of Temperature Control in Plastic Injection Molding